Home Computing How To Make Your Laptop Like New Again?

How to bring your old notebook back on track. We explain how to clean your notebook externally and unscrew it to clean the interior.

Your notebook will eventually show signs of age-related wear. Buttons wear off and get this ugly shiny plastic look. Dirt, crumbs and sticky soils are deposited between the keys and other columns. In addition, lint and dust form in almost every crack, joint and any open connection. Also keep in mind the inevitable scratches and notches.

Much worse but: Even inside, your notebook ages. The closely installed heat sinks lead to deposits. Thermal interface materials become weaker and degrade the cooling effect of the heat sinks on your processor. All of which causes your laptop to overheat, start to buzz loudly, become unstable, or eventually stop working.

Fortunately, there are ways to prevent that and make your old notebook run like new again. Just follow our advice.

Cleaning the notebook case is straightforward, but you should not treat the device with aggressive cleaning agents or chemicals that could damage the screen or the surface. For optimal cleaning you need the following:

1. Compressed air from the can

3. a mild vinegar-based glass cleaner or a special LCD cleaner

Light external soiling can be removed with a little detergent on a lint-free cloth, while you get rid of dust and crumbs with a brush and compressed air. Do not spray any chemicals directly onto your laptop and try not to let moisture get inside the case.

Turn the device upside down and press the buttons to remove the dirt under the keyboard. Then spray on it with the compressed air . Repeat this a few times if necessary. 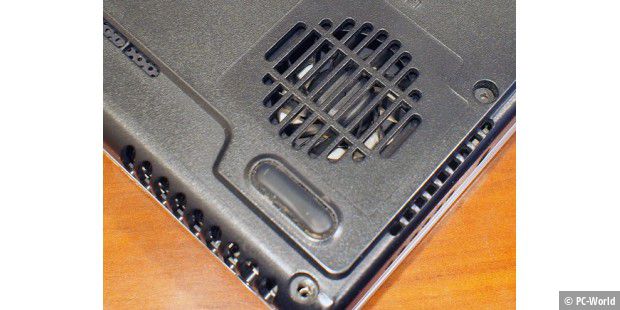 While parts that are scratched or worn and shiny are no longer getting their once-new look, a Scotch-Brite sponge matts the glossy surface, resulting in a less noticeable dull appearance of the plastic surface. Deeper scratches or scratched, painted surfaces can be reduced with polishing paste.

Penetrate into the inner life

Cleaning the inside of a notebook is a completely different matter. Even for experienced screwdrivers it can be complicated to open the system and keep an eye on all screws and small parts. In addition, the notebook models differ significantly from each other.

But it’s worth the effort. After cleaning the inner life, loud coolers can suddenly quiet down and heat-related instabilities may be a thing of the past.

Important: Turn off the notebook before opening it.

A small screwdriver is all you need to open your notebook, even if there are various screws, such as Torx, Allen or Pentalob screws in different lengths and also clips that need to be loosened. It is recommended to create a plan of the screws and then store them in a box or the like. This makes it easier for you to remember where exactly which screw belongs. 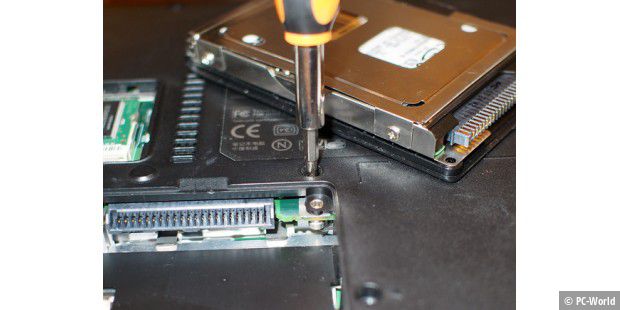 When disassembling, you can consult the manual of your notebook, and even better, a matching YouTube video. It may also happen that there are additional screws and clips under the housing parts, so you should proceed very slowly and carefully during disassembly.

Often, more than a dozen screws hold the device together, some of which sometimes run along the inputs and outputs on the screen hinge. 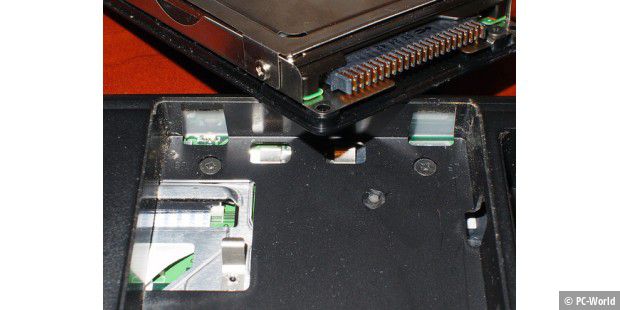 Once all the screws have been removed, you can remove various components, such as the hard drives and the drive. In addition, you will most likely encounter more screws. If you remove them, you can remove the entire bottom cover of your notebook.

Usually, most notebooks have only one cooling, which is connected to the processor, the graphics card (if the notebook has one) and the chipset. The cooling elements normally wind through all components and lead to an arrangement of cooling fins.

The cooling fan of the notebook is usually in close proximity to or even on the cooling fins. Use compressed air and a brush to carefully remove any dust from the radiator and cooling fins. Then locate the screws or brackets that hold the cooling hardware in place. Once you have removed the fasteners, the fan should be released from the electronic components. 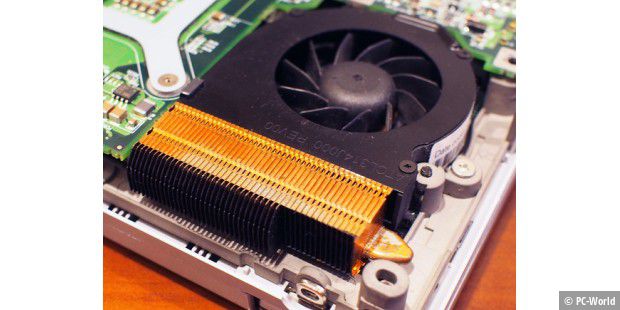 Put the notebook back together and turn it on.

The right time to upgrade

If you want to upgrade some components of your refreshed laptop to give it a performance boost, you should do it at the same time as you already have the device open. Changing main components like CPU or GPU is very difficult, but adding more RAM or swapping a classic hard drive for an SSD can also be very useful.

Giving your laptop more memory is usually very easy. You can either replace the existing component with a faster one or install another component in an empty slot.

Upgrading from a standard HDD to an SSD , on the other hand, can be more difficult, especially if you simply want to take over your operating system and data.

How to transfer your remote control to another PC?

How does Bitcoin mining work?

How To Buy Bitcoin?

How To Transfer contacts to a new phone?

How to Become a Full-time Trader

How To Recycle Your Old iPhone

How to Find the Best Phone Contract Deals Top 5 Tips